Microsoft is launching an update to its Android launcher today that gives parents the ability to track their kids’ location. This is one out of a number of parent- and kid-focused announcements the company made today. Others include the ability to block sites in Microsoft Edge on Android and the launch of MSN Kids, a new curated news website for children.

At the core of these new features are Microsoft’s family group settings that already allowed you to do things like track a child’s activity on Windows 10 and Xbox One devices or limit screen time in general.

“As a mother to a young and curious daughter, I deeply understand the need for tools to help balance the use of technology in the home as well as out of the home,” writes Shilpa Ranganathan, the General Manager of Microsoft’s Mobile Experiences group, in today’s announcement. “It’s especially near and dear to me as leader of a team building experiences for mobile devices. We emphasize the idea of transparency as a guiding principle for these new experiences.”

The new tracking tool is rolling out with today’s update of the Microsoft Launcher for Android and will put the latest known location of your kids right in its personalized news feed.

I’m not sure how useful blocking access to sites in Edge for Android really is, but if you manage to lock your kids out from Chrome or any other pre-installed browser — and block them from downloading them — then I guess this could work.

As for MSN Kids, Microsoft notes that the site will curate information from trusted sources, including Time for Kids, Popular Science, Sports Illustrated for Kids, National Geographic, and USA TODAY. It’s worth noting that there is no sponsored content or advertising on the site. 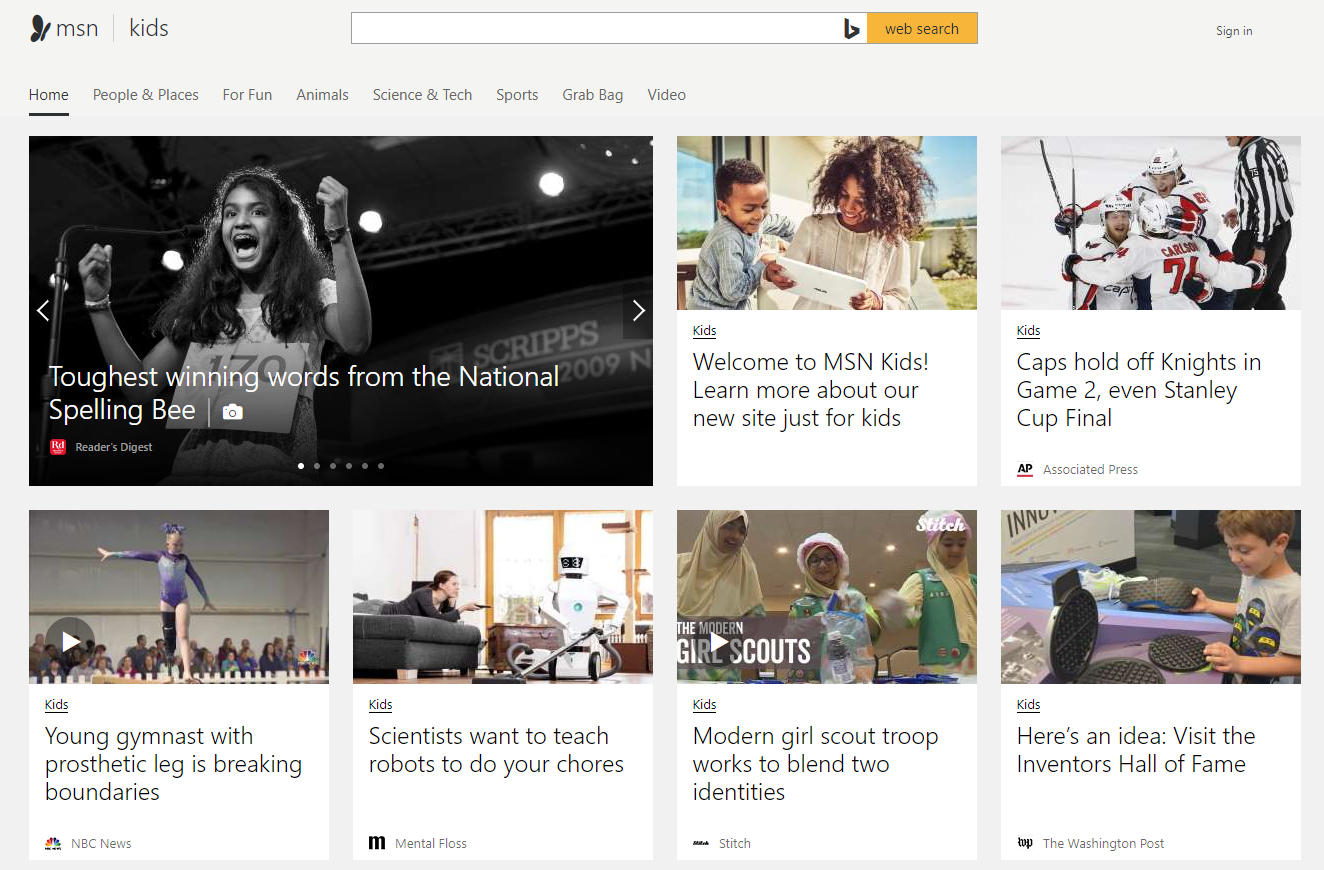 Source: The Microsoft Launcher for Android now lets you track your kids’ whereabouts