OnePlus is the company that challenges the received wisdom that there are no phones worth looking at outside of the iPhone or Samsung Galaxy. Its new arrival – the much anticipated OnePlus 5 – is now available and we can tell you how to get the best deals if you want to snap one up.

O2 has secured the exclusive distribution on contract, with monthly tariffs starting at £35. That’s not exactly cheap when compared to other flagship Android smartphones, so you might have to wait until Black Friday 2017 to bag a real bargain.

But then the OnePlus 5 is one of the very best Android phones on the market, with its pair of fantastic cameras, 6GB Ram and generous onboard storage. Read more about the OnePlus 5 here, or continue the hunt for your perfect handset with our mobile phone deals guide.

Where can I buy the OnePlus 5?

There was a lot of buzz around the OnePlus 5 since well before the turn of the year, and the intrigue has maintained traction since release. At the moment, the OnePlus website has the only batch of SIM free handsets and it’s O2 or nothing if you want to secure the OnePlus 5 on contract.

OnePlus 5 | SIM free handset | 64GB for £449/128GB for £499
Priced at less than £500, getting a separate phone and SIM card is the cheapest way to get your hands on the OnePlus 5 at launch. Head to the OnePlus website and cross your fingers that there’s one in stock. The price is a Galaxy S8-smashing £449 for the 64GB model – almost £250 less than the Samsung flagship’s RRP.

Need a SIM to pop in your brand spanking new OnePlus 5? We’ve got you covered. Pick out the plan for you – with prices starting at a mere £4 a month – over at our best SIM only deals page.

The 3 best OnePlus 5 deals on contract

If you don’t want the hassle of matching a OnePlus 5 with a SIM card, then you have no option but to go with an O2 deal – it has a world exclusive. That means you get the benefit of the network’s Priority rewards. It doesn’t come cheap, but below we’ve picked out the three best value tariffs.

OnePlus 5 | £79.99 upfront | 1GB data | Unlimited calls and texts | £35 per month
Without opting for a measly 500MB monthly data, this is the cheapest way you can bag a OnePlus 5 on contract. This deal gives you 1GB of data and unlimited everything else. Total cost over 24 months is £919.99

OnePlus 5 | £79.99 upfront | 6GB data | Unlimited calls and texts | £38 per month
If 1GB of data simply isn’t going to cut it, then you only have to pay an extra £3 per month to upgrade to a much more generous 6GB per month. That’s stacks for streaming Spotify, downloading podcasts and scrolling through social media while away from the WI-Fi. Total cost over 24 months is £991.99

OnePlus 5 | £9.99 upfront | 30GB data | Unlimited calls and texts | £57 per month
Ouch! O2 has just seriously hiked the price on big data deals on the OnePlus 5. It’s now almost £200 more expensive over the two years than it was when the phone was released. But we know that some people are only going to be satisfied with a huuuuuge data deal, and this is the least expensive deal out there for 30GB. Total cost over 24 months is £1377.99 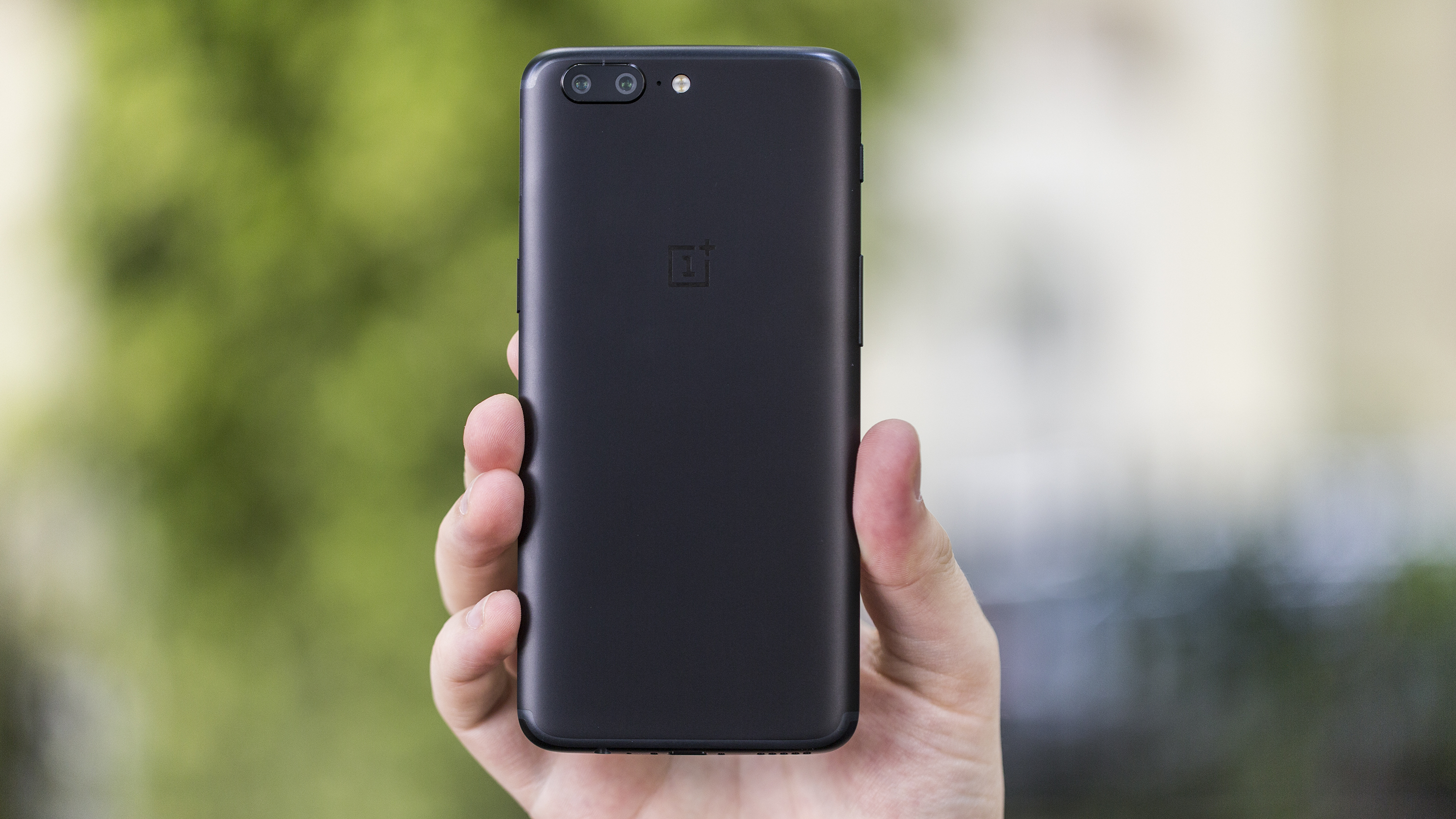 There’s no doubt about it, the OnePlus 5 immediately becomes one of the very best Android phones on the market. If you choose your mobiles based on the quality of the camera, then the incredible dual-lens snapper will float your boat.

The design and performance is every bit as good as the iPhone 7 and Samsung Galaxy S8, and yet the price is far lower. If you’re one of the throng that have been eagerly waiting for this phone’s release, we very much doubt you’ll be disappointed.