Looking for a cheap 4K TV deal or just a regular HD TV deal? You’ve come to the right place.

Curved TVs have come down in price considerably too, and we’ve discovered some stunning deals on 4K Ultra HD TVs. Now is a great time to upgrade, especially with Netflix, Amazon, the BBC and Sky all planning on bringing more 4K content over the coming months. Check out our guide on Where to watch 4K TV shows and movies.

Our 4K TV deals and HD TV offers feature a wide range of the best TV retailers out there. If you’d prefer to browse their full collections instead of our highlights, here are the direct links to their best TV deals:

We have a selection of the best cheap TV deals across multiple size ranges. Directly below, you’ll find our favourite deal of the week.

If a 43-inch 4K TV sounds right for you and you can spend a bit extra, you can really roll out the premium features. This 4K Smart TV features HDR (High Dynamic Range) tech for a bit of extra future-proofing, or to enjoy now if you have a new Xbox One S or PS4. We’re big fans of the John Lewis five-year guarantee too.

Take a moment to think back to how much you paid for your first 40-inch HD TV all those years ago. Then gaze in awe at this ‘basic’ 40-inch 1080p set with 60Hz visuals, costing a mere £199 – probably a fair bit less than that one back in the day. Oh, and it comes with Freeview HD too, just to rub it in.

Here’s another super-cheap 1080p HD TV deal, but this one’s even bigger at 43 inches. Freeview HD is included too. If you’re comparing it with the 40-inch TV above for the same price, just bear in mind that the refresh rate is only 50Hz on this one, compared to a more gamer-friendly 60Hz on the Seiki above.

Hisense is one of the fastest-selling brands in this guide, often selling out not long after publishing. So when you see a deal you like, don’t hang about.

£349 is a great price for a TV of this size, so its support for 4K, Smart TV functions and Freeview HD is a huge trio of bonuses. We’ve featured this TV before and it sold out super-fast, so dawdlers be warned!

If you’re feeling particularly flush this week, Currys has a fine deal going on this 4K Ultra HD TV, with HDR tech, 3D, 4K Smart apps and Freeview HD – that’s serious box ticking right there. With prices usually over £1,000, this isn’t one to be taken lightly.

Hisense H49M3000 49-inch Smart 4K TV| Now £369 | AO.com
Our featured Hisense models have been selling out super fast recently, so it’s great to see a deal like this in stock. But seriously, a 49-inch 4K, Smart TV for £369 thanks to the voucher code: GET30? With prices like this, you may as well join the 4K revolution. This could be a great bargain for gamers looking to buy updated consoles like the Xbox One S and PS4K in the next few months.

Something a little different for you now. In addition to rocking a 4K screen and Smart functions, this TV emits coloured light from the side of the screen onto nearby walls to provide a little extra ambiance in your room. It’s entirely optional, but it certainly sounds interesting going by the reviews we’ve read.

Alternatively, you can get a larger 49-inch version for just £479.

Something a little different for you now and it’s £20 cheaper than last week. In addition to rocking a 4K screen and Smart functions, this TV emits coloured light from the side of the screen onto nearby walls to provide a little extra ambiance in your room. It’s entirely optional, but it certainly sounds interesting going off the reviews I’ve read.

Looking for something to enjoy 4K content of Netflix or Amazon Prime? Then take a gander at this really rather tidy 4K TV deal. For a shade under £500 you’re getting a premium build-quality 49-inch LG TV which also includes Freeview HD.

This is one of the cheapest Curved 4K Smart TVs we’ve seen in ages and that five year warranty from John Lewis is always a much appreciated bonus when treating yourself to a 4K screen. Future-facing console gamers will be able to take advantage of the HDR capabilities on the PS4 Pro or Xbox One S too.

As expected for a TV this size around this price, you’re getting HDR tech. High Dynamic Range content is set to become more popular soon with the advent of 4K Blu-ray, improved streaming apps and consoles like the PS4 Pro and Xbox One S. Your viewing future starts here. Or maybe it starts with the deal below if you’d prefer a bigger TV. This offer comes with a five year warranty though. 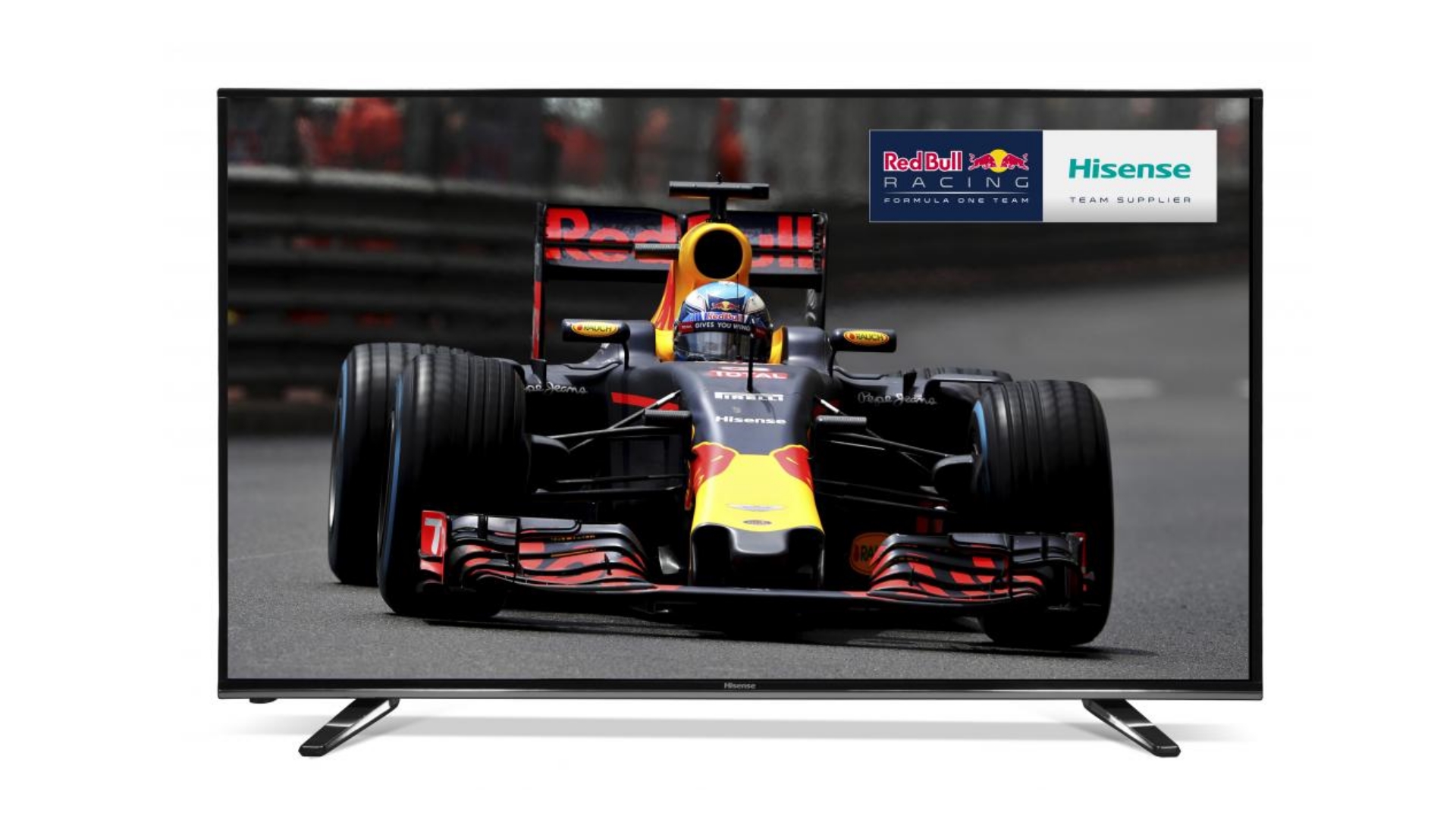 Hisense is just everywhere this week and its 55-inch set is a great deal at £60 less than last week. 4K resolutions are becoming more and more prevalent and the smart apps will benefit from it too. Freeview HD also comes as standard.

Use the voucher code: GET40, to knock this 55-inch beast down to £859, the best price I’ve seen from the big stores. As expected for a TV this size around this price, you’re getting HDR tech. High Dynamic Range content is set to become more popular soon with the advent of 4K Blu-ray, improved streaming apps and consoles like the PS4 Pro and Xbox One S. Your viewing future starts here.

Not bothered about 4K? Just want a really big TV at a super cheap price? Then this is the cheap TV deal for you. Freeview HD is an unexpected bonus at such a low price.

What initially may seem like a pricey deal becomes much more attractive when you consider John Lewis is throwing in the Sony HT-CT390 Bluetooth soundbar with wireless subwoofer (worth £279) for FREE. Considering most modern TVs have fairly weak built-in speakers, this could save you a lot of money in the long run. This TV’s a keeper too, with plenty of top notch spec including Smart functions, Freeview HD, 4K, HDR and more supported by a five year guarantee.

This  deal is comfortably the cheapest price on the market for this Samsung model, with most stores charging closer to £750. The inclusion of HDR (High Dynamic Range) puts this model above many of the cheaper 4K TVs on this list. An ideal purchase for those wanting a bit of future-proofing when HDR content becomes more readily available.

Looking out for 4K TVs with High Dynamic Range (HDR) is highly recommended if you have a bit of extra cash to spend over the non-HDR models. Even more so if you’re thinking of upgrading to an Xbox One S or PlayStation 4 Pro. With a higher contrast between bright whites and dark blacks, you’re all set up for an even better picture.

The deal here is all about the size of the TV. If you’re not bothered about a 4K picture and just want a massive 50-inch screen on the cheap, this is the deal for you. We ran a similar Seiki deal last week for the same price, but this one also includes Freeview HD and Smart TV apps. Win sauce.

This is one of the cheapest 4K TVs we’ve seen of this size with High Dynamic Range and should be on the radar of any gamer looking to take advantage of HDR 4K gaming. It’s £50 cheaper than last week and the John Lewis five year guarantee gives it mass appeal for any TV buyer. 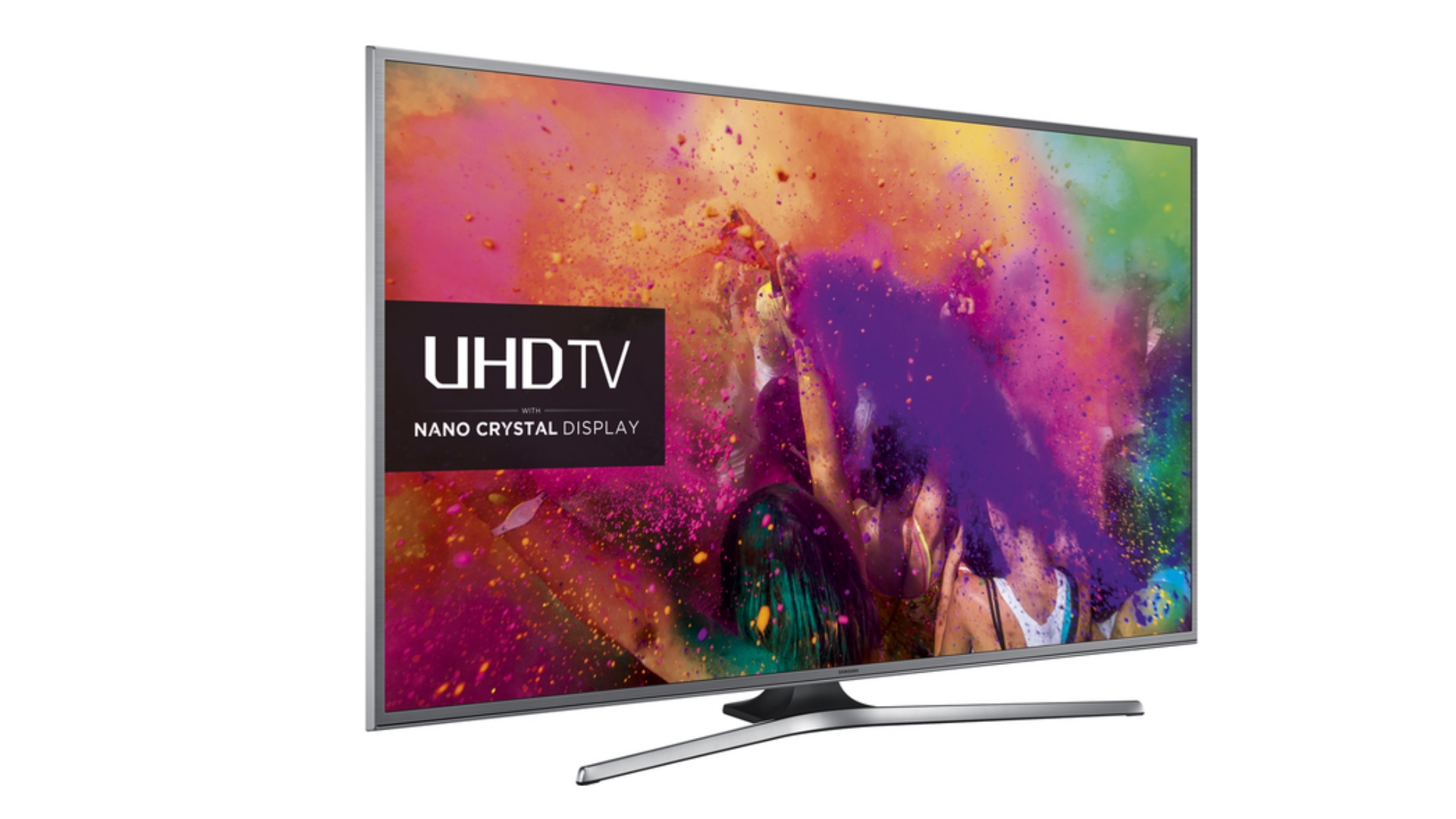 Sonic Direct has come to the rescue here, with a price over £100 cheaper than the next best deal on this huge 4K TV! Samsung’s Nano Crystal Tech pushes this TV even further than the one above and the 1400 PQI (versus 800) provides one of the clearest pictures on the market. HDR (High Dynamic Range) is also present, essentially making most digital cinema projectors seem tame by comparison.

Wow, that’s a lot of TV. You’re all set for 4K viewing with the Netflix and YouTube apps being 4K ready. Freeview HD and USB functions are also included. This is one of the cheapest 4K TVs we’ve seen at such an epic size.

Samsung UE70KU6000 70-inch Smart 4K HDR TV | Now £1599 | Currys
So, you’re absolutely sure you can fit this in through the door? Will it get around the corner on the stairs? Serious questions that should be ignored in favour of owning this monstrosity. Buy it now and bask in its glory (you won’t need any heating if you sit close enough). Consequences are for lesser beings.

Try our new Google Chrome add-on and never pay more than the cheapest prices ever again!

Pricehawk is a Chrome extension that will automatically find you the cheapest deals for the tech and games items you’re shopping for online. It’ll also let you know if there are voucher codes you can use to save even more money!