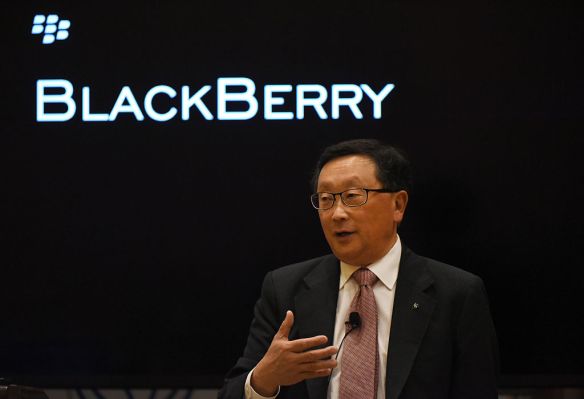 BlackBerry today announced it reached an agreement to keep CEO John Chen in his current position through 2023. Chen joined the company in 2013 and is responsible for leading the company’s recovery as it left smartphones and embraced services.

When Chen took over the company, the company was struggling on all fronts. Its time as the smartphone leader was done but it still had a strong brand in key markets. Chen lead the company to a modest turn around and has seemingly found its footing. The company stock is up 89.9% over the last 12 months and nearly level with the stock price when Chen took over during its decline five years ago.

“The BlackBerry Board of Directors has tremendous confidence in John Chen . John engineered a successful turnaround and has the company repositioned to apply its strengths and assets to the Enterprise of Things, an emerging category with massive potential,” said Prem Watsa, Lead Director and Chair of the Compensation, Nomination and Governance Committee of the BlackBerry Board, in a released statement. “John’s leadership is critical and the Board has determined that it is in the best of interests of BlackBerry and its shareholders to continue his service through November 2023.”

Going forward Chen’s compensation is weighted towards longterm goals. His salary will stay the same. He will be award 5 million restricted share units vested over five years if and when the company’s share price amounts from USD $16 to $20. A performance-based cash award will vest and become available if the company’s share price hits $30, resulting in BlackBerry’s market capitalization hitting $16.1 billion, an increase of 134% from current levels.

It’s painful to watch iconic companies die. BlackBerry was dying and Chen managed to keep the boat afloat through cuts and redirection. If there’s anyone who’s able to keep the company moving forward, it’s John Chen and BlackBerry’s board clearly felt he was the right person for the job.

Source Link: John Chen to stay on as BlackBerry CEO through 2023