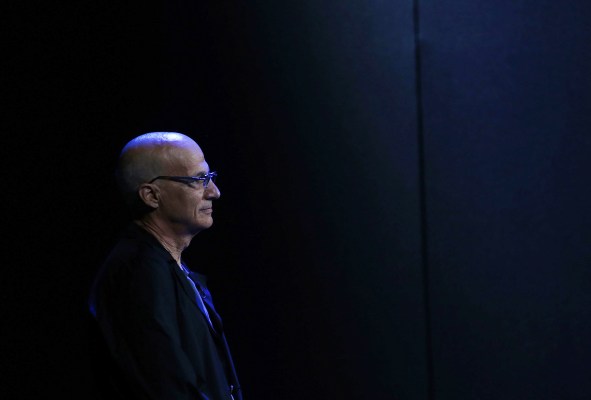 Back in January, reports surfaced that Jimmy Iovine was planning to exit Apple later this year — four years after selling Beats to the company. The music exec issued a semi-denial at the time, stating that he was committed to his bosses and still “in the band.”

The latest update to Iovine’s reported on-again-off-again relationship with Apple Music comes by way of The Wall Street Journal, which positions the move not as a full exit, so much as a reduced role. According to the report, Iovine will be swapping his current oversight role in august for something more of the consulting variety.

The Interscope Records co-founder is one of the last few top execs left post-Beats acquisition. Apple’s interest in the company’s iconic headphone offerings have long taken a backseat to Apple Music, the service the company built atop Beats Music.

It’s since become a centerpiece of the company’s streaming content offering, and the basis of products like the HomePod. The product has been seeing strong growth (with 38 million paid subscribers at last count) and become a legitimate Spotify competitor, courtesy of its positioning inside the Apple software ecosystem.

The Beats brand marketshare, meanwhile, has slipped as Apple has taken a stronger interest in its own headphone offering, by way of AirPods. The company has continued to update Beats devices, incorporating its W1 bluetooth chip into recent generations of products, but AirPods and HomePod are very clearly the face of the company’s music hardware, moving forward.

Iovine’s new role at the company will likely see a lot less day-to-day input with the company, and the consultant role could certainly be just an act of good faith, with the executive showing a commitment to the brand even after his shares have vested.

Source Link: Jimmy Iovine said to be transitioning to consulting role at Apple