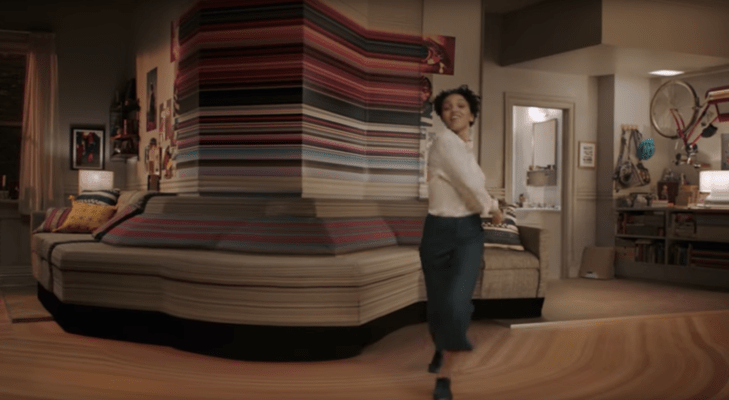 One thing thing the Amazon Echo and Google Home can’t do: deliver room-melting superpowers. Sure, Siri functionality is still pretty limited at launch, but who’s going to argue with the efficacy of a smart speaker that imbues the listener with matter altering abilities resulting in an epic dance battle with one’s own reflection?

All lofty promises in a new HomePod spot from Her director Spike Jonze that’s really more of a short film that proper commercial. “Welcome Home” is chock full of the kind of reality blurring visuals we’ve come to expect from the dude who brought us a flying Christopher Walken in that one Fatboy Slim video.

Here it’s English singer/songwriter/dancer FKA Twigs, who’s clearly having a majorly crap day, only to have it all turn into a kind of fever dream somewhere between Inception and a Jamiroquai video, courtesy of a song by Anderson .Paak. Naturally, it all starts Jurassic Park-style with an oddly behaving glass of water.

If the HomePod did indeed deliver such reality bending functionality, I’m not sure if I’d rush out and buy one or be generally terrified to go to sleep at night. Either way, it’s probably nothing that a good old fashioned dance battle couldn’t fix.