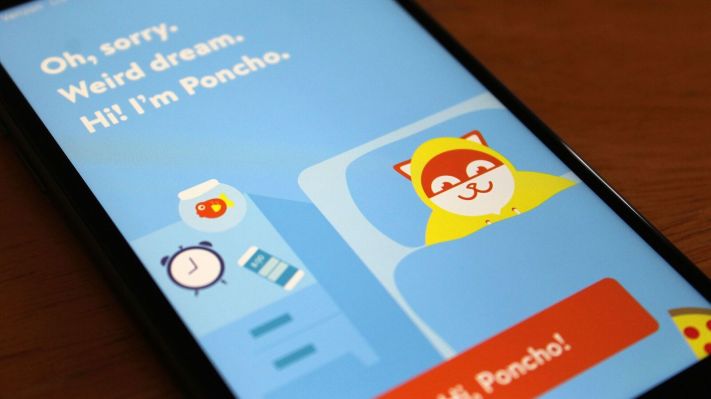 They say you can’t predict the weather. Acquisitions are often the same way. If you had told me yesterday, for instance, that adorable weather app Poncho was about be acquired and effectively shuttered by a direct-to-consumer beverage company, I’d have told you that’s about as plausible as a cat who’s also a meteorologist.

And yet, here we are. Dirty Lemon, a high-end drink maker that sells products through text message for ~$10 a pop, has purchased the beloved app. The company confirmed the acquisition in a press release that contains the following buzzwordy quote from CEO Zak Normandin: “This partnership advances our vision to build a frictionless conversational platform by expanding our technological capabilities as an organization.”

Poncho was a bit more straight forward in describing what all of this means for the fate of the app. “It means no more weather…forecasts,” reads the note on the company’s front page. “Obvi there will still be weather, duh lol. And I hope you think of me every time you look at it, unless it’s nasty weather in which case pls think of a competitor weather service instead.”

As far as what this means for Poncho itself, the company’s CEO Sam Mandel will be serving as an adviser for Dirty Lemon, and the rest of the team will be folded into its parent company. The employees will work to help improve the drink company’s SMS-based sales model.

Mandel tells Fast Company that the service ultimately wasn’t able to monetize its product, in spite of raising $2 million courtesy of an appearance on Planet of the Apps last year. “We weren’t able to achieve critical mass,” he says. “It’s been a challenge […] to build a product that was independently compelling.”